For research assistance please contact the Archivist at vhiggins@fnal.gov or 630-840-2543. You may also submit an Archives Request online. 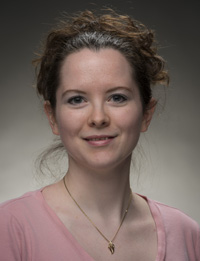 Valerie J. Higgins (vhiggins@fnal.gov) received her Bachelor of Arts degree in English with a minor in History from Illinois Wesleyan University in 2008. She received her MLS with a specialization in Archives and Records Management from Indiana University, Bloomington in 2010. She has worked as Project Archivist at Indiana University's Lilly Library and Assistant Archivist at the Ryerson and Burnham Archives of the Art Institute of Chicago. Higgins became Fermilab Archivist and Historian in 2012. 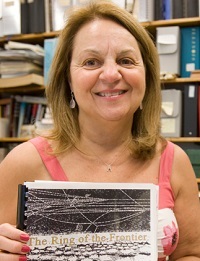 Adrienne W. Kolb received her Bachelor of Arts degree in History from the University of New Orleans in 1972. She volunteered at the Los Alamos County Historical Museum in New Mexico before becoming Fermilab's Archivist in 1983. She became Fermilab Archivist and Historian in 2011. She is the author or co-author of numerous publications on the history of Fermilab and the cancelled Superconducting Super Collider. Kolb has also made presentations on the history of these laboratories in sessions of the American Physical Society and the History of Science Society. She retired in 2015.

Some of her most significant publications include: