HISTORICAL INFORMATION » ACCELERATOR HISTORY » MAIN INJECTOR
Historical Content Note: The following material is reprinted from publications from throughout Fermilab's history. It should be read in its original historical context.

It Takes a Laboratory

Rome wasn’t built in a day, and neither was the Main Injector. It took seven long years of planning, designing, estimating, calculating, budgeting, digging, razing, connecting, guiding, and finetuning to pull together the $260-million machine that will usher in a new era of particle physics at Fermilab.

Needless to say, no one person took the project from dream to finish.

Raising the Main Injector was the work of an army of Laboratory personnel—managers and technicians, secretaries and physicists, truckers and engineers. Space does not begin to allow us to name them all. Here are just a few.

One was Dixon Bogert, associate head of the Beams Division, who oversaw the civil construction—the excavation of the ground, the laying of the tunnel floor, the placement of one concrete block after another to create the two-mile tunnel for the Main Injector, the digging of cooling ponds, the building of a new substation, the creation of new service buildings.

Working with Bogert were not only the contractors who handled the demolition and construction work but Fermilab workers who got their hands very dirty. More than 100 workers, for example, emptied out the magnets, pipes, cables, trays, buses, stands and radiofrequency modules from what is known as the F0 area of the old Main Ring so that the 638-foot tunnel space could be reconfigured to allow room for the new beamline from the Main Injector. People like Theo Gordon, of the Mechanical Support Department, pulled out multiton magnets. Matt Ferguson, of the Radiation Protection Group, checked them for radioactivity. Beam operators like Chuck Broy and Dwayne Newhart were recruited to help cut the cables.

"It was like the old days," said Duane Plant, project coordinator for the dismantling of the area. “People were actually having a good time, even though it was a lot of long hours…. One morning, as I watched 30-plus people in the tunnel removing, well, everything, I thought to myself, this is it, this is really it, ‘water to the ropes.’” With spirit like that, the project came in 10 days ahead of schedule.

The magnets for the Main Injector came from far and wide. Under the direction of Gale Pewitt, now retired, the cores and coils of more than 350 dipoles were fabricated elsewhere and then assembled back here at Fermilab. Meanwhile, some 100 sextupoles, 80 quadrupoles and dozens of specialty magnets were built from scratch on site, according to Dave Harding, a physicist in the Technical Division. John Carson, also in the Technical Division, raised tooling to the level of an art in helping build the magnets. Gregg Kobliska, from the Division’s Material Control Group, dealt with vendors to meet schedule and quality requirements for the magnets, hired on-site inspectors, monitored day-to-day activities—and saved Fermilab a bundle on the price of the magnets’ 15 million pounds of steel.

All the new magnets were designed by Fermilab staff, including Dave Johnson, an engineering physicist in the Beams Division’s Main Injector Department. Johnson devised spanking new, silver-painted Lambertson magnets weighing the equivalent of two African elephants. Without his Lambertsons, you couldn’t get beam out of the Main Injector and into the Tevatron.

Still more magnets—quadrupoles and octupoles—were pulled from the Main Ring and then refurbished. Technical Division staff put new feet on them, replaced their electrical and water system manifolds, cleaned out 25 years’ worth of copper oxide deposits and gave them a new coat of paint. Staff in the Development and Test Department tested the magnets’ field strengths—a critical measurement to ensure their fitness and determine their placement in the new accelerator.

The coordination plan for getting all these magnets sorted and placed was the responsibility of Phil Martin, head of the Main Injector Department. His 13-page, color-coded spreadsheet was the envy of every other manager on the Main Injector project. It was a meticulous map of what goes where and when.

But without Fermilab’s transportation crew, all those magnets might still be sitting in the Industrial Building complex, wrapped in plastic and lined up like mannequins in a warehouse.

Veteran truck drivers like Wayne Smith delivered the magnets to the Main Injector, loading them on flatbed trucks, wrapping them in tarpaulin to keep them clean and dry, and crawling along at a mere 10 miles per hour so as not to disturb any of the fine craftsmanship.

It fell to Dan Hellberg, in the Beams Division, to oversee the “critical moves”—the installation of the magnets in their proper places in the new ring. A 17-year veteran at Fermilab, Hellberg remembered the days when placing magnets followed rough instructions: "a little to the left, a little to the right." For the Main Injector, positioning magnets was a state-of-the-art affair. The Particle Physics Division’s Alignment Group had mapped the entire ring using laser guides, and magnets were placed according to a fixed numerical and alphabetical scheme painted on the wall of the tunnel.

More than magnets are needed to make the new accelerator run, of course. Low-conductivity water, ionization free, is needed for cooling purposes. When the LCW system sprang leaks last year after bacteria had eaten holes in the stainless-steel pipes, Mike May, a Beams Division engineer, together with Pat Hurh, saved the day. Using a golf ball and wooden bocci balls purchased at Sportmart, May cobbled together a device to clean the infected pipes. The $120 cleaning gadget worked like a miracle. Repairing the welds was costly, but not as costly as ripping out and replacing the entire system, as many had feared would be necessary—with unthinkable consequences for the project’s cost and schedule.

The Main Injector couldn’t run without power, either. Staff from the Facilities and Engineering Services Section helped replace faulty wiring in the most problematic of Fermilab’s old electrical power feeders. As David Nevin, head of FESS, put it, the new Main Injector wouldn’t be worth a penny if a 25-year-old electrical feeder failed.

Electrical engineer Bob Oberholtzer, better known as the cable czar, made sure that power was distributed through the accelerator. He took charge of correctly routing both power and signal cables, all 3 million feet of them, from power stations, electronics rooms and control buildings over to the Main Injector. The task took over a full year, with contractors working weekends so that they wouldn’t trip over workers busy installing other parts.

Behind the scenes from the beginning was Fermilab’s crack purchasing team, in the Business Services Section, overseeing the negotiation, writing and signing of contracts. Joe Collins, for example, handled negotiations with companies manufacturing magnet parts, and Rich Farritor covered the construction contracts. Thanks to a new agreement between the U.S. Department of Energy and Universities Research Association, Inc., which oversees the operation of Fermilab, new procurement guidelines simplified the purchasing of all the specialized items for the Main Injector. In fact, Fermilab was not required select the lowest bidder, but could pick a contractor on the basis of both price and technical qualifications, weighing the tradeoffs to obtain best value.

Finally, there was Danny Lehman, the no-nonsense DOE official who periodically dropped in, rolled up his white shirtsleeves and, with a trail of high-powered outside consultants, reviewed progress. His mince-no-words reviews became famous—and kept the pressure on to ensure that the high-profile Main Injector project came in on time and on budget. 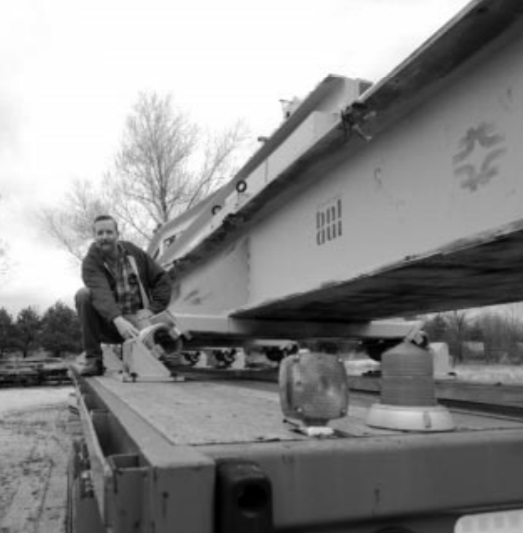 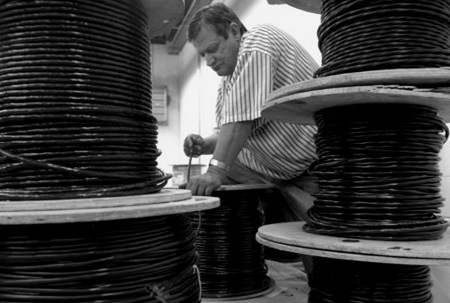 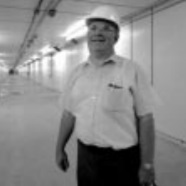 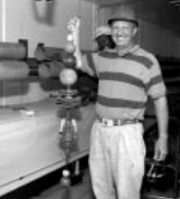 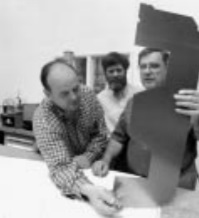 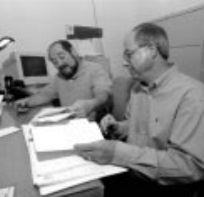 Joe Collins and Rich Farritor (8 of 8)