On Friday, December 16, Leon Lederman and his colleaques on Experiment 288 presented to Fermilab their latest artistic 'experimental artifact' -- a charred chunk of metal.

The new gift is the chrome-plated remains of a high current copper magnet shunt. It overheated, melted, and caused a fire damaging electrical circuitry in the Proton Center experimental area last summer. The fire interrupted the discovery of the new heavy particle, the Upsilon, found by the E-288 group.

In 1975, the E-288 group presented to the lab a very interesting block of glass. The block was designed to detect high energy electrons in the proton center pit but due to a mistake in its heat treatment it developed a beautiful pattern of internal fractures.

Lederman pointed out that the successes of experiments at Fermilab are duly recorded on the pages of scientific journals, but the failures, which can be even more spectacular, are not properly honored.

Laboratory Director R. R. Wilson received the gift for Fermilab. He noted that although he has seen experimental physics evolve a great deal during his career, the vaguaries of experiments remain amazingly similar and amusing. 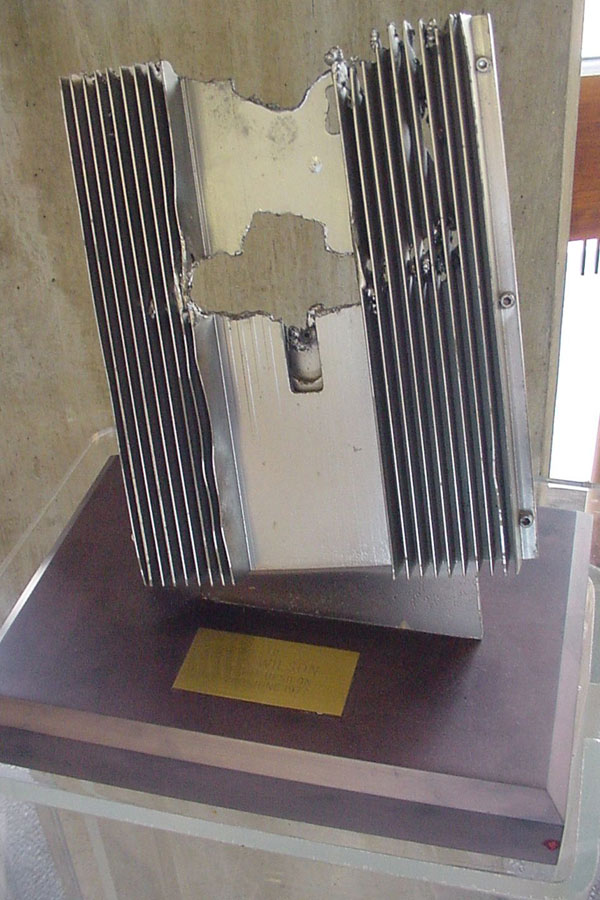 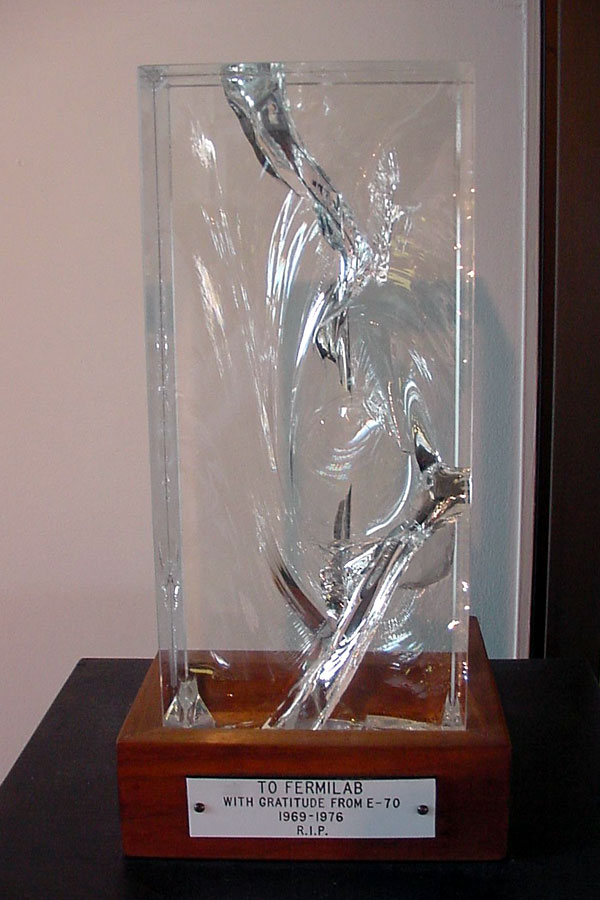